Did you know that the first Oululainen Crisp Breads were baked at the Oulu Bakery in Lahti as early as 1955. The recipe for genuine and original crisp bread has remained the same ever since. 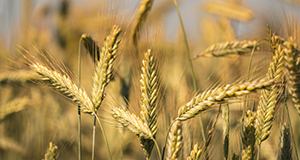 The making of crisp bread

Crisp bread is a hard and thin dried bread popular on the plates of the Nordic people. Crisp bread is traditionally made of wholegrain rye and water. Little holes are pressed on the surface of the bread before they are put in the oven to prevent the formation of air bubbles during baking. The little holes also tie the surface and the bottom together making the bread preserve its shape. Crisp bread is baked at high temperature (250 ℃/ 482 ℉) for a few minutes. This gives the bread its lovely crispiness. In addition to rye, crisp bread can also be made of spelt, potatoes, rice or corn. 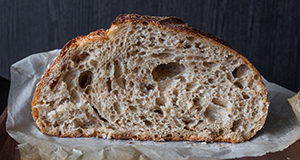 Oululainen is a beloved bread and pastry brand known for its tasty baked goods. Oululainen was founded by Kaarlo and Vilhelmiina Helenius in 1909. Oululainen first started off as a local bakery in Lahti but over the years it has developed into a nationwide company. One thing has remained the same since the beginning though: Oululainen bakes all its products in Finland from Finnish grains. Today Oululainen is a part of Fazer, one of the biggest food brands in Finland. The most popular products of Oululainen include breads, buns and crisp breads.